JOSE ANTONIO TIJERINO is president and CEO of the Hispanic Heritage Foundation, which focuses on education, workforce, leadership, and culture through service and innovation.  Under Tijerino, HHF is recognized as a creative, agile, impact-focused organization boasting a network of vetted 15-35 year-old Latinos mobilized in the tech and STEM fields, entrepreneurship, finance, media, advocacy, and other priorities for America.  Tijerino also serves as executive producer of the star-studded Hispanic Heritage Awards at the Kennedy Center, which are broadcast on PBS stations.  HHF’s dynamic programs have been recognized by The White House, US Congress, Fortune 500 companies, other nonprofits, and the Government of Mexico.

Prior to HHF, Tijerino was an executive at Fannie Mae Foundation, Nike, and Burson-Marsteller and Cohn & Wolfe under the Young & Rubicam umbrella.

Beyond his work with HHF, as a proud immigrant from Nicaragua, Tijerino co-founded The American Project to treat immigrants with dignity; #Mask4Farmworkers campaign during the COVID-19 crisis; #WeDreamAmerica Campaign including a video he co-produced of the national anthem performed by a Grammy-nominated band to promote the patriotism of immigrants; co-founded the DREAM Lead Institute with Trinity University, a leadership institute exclusively for DACA recipients; helped produce the Oyeme! Project with Imagination Stage, a play about the plight of unaccompanied minors; founded the READ (Refugee Education And Development) effort; and has worked extensively in support of refugee families on the border, for which he was recognized by FWD.US, MALDEF, Government of Mexico, and others.

Tijerino’s blogs and media presence have made him a national voice on various issues including diversity, immigration, creativity, and youth empowerment.  He attended the Aspen Institute’s Ideas Festival and is an Aspen Salinas Fellow; currently serves on Disney’s Community Advisory Board; Nielsen’s Latino Advisory Council, among others.  Tijerino co-founded the Hispanic Leaders Alliance with the NFL, and Latino Magazine featured him on their cover a “Latino Who Make a Difference.”

Tijerino has been honored with the prestigious Ohtli Award, which is the highest recognition by the Government of Mexico outside of Mexico; Lifetime Achievement Award by National PTA; Vision Award by Silicon Valley Latino Leadership; Brillante Award by National Society of Hispanic MBAs; Leadership Award from Telemundo; Army Strong Civilian Award by the US Army; Community Service Award by the Governor of Maryland; Cesar Chavez Award by the National Hispanic Leadership Institute; Champion of Digital Equity Award by the Multi-Cultural Telecom & Internet Council (MMTC); Vision Award by the American Latino Museum; the Bravo Award for Public Service; Service Award by the Greater Washington Chamber of Commerce; New Futures Award; and the MALDEF Award for Service, the Ana G. Mendez Presidential Medal, AT&T’s Humanity Award, among others.

Tijerino earned a Bachelor of Science from the University of Maryland’s School of Journalism and was honored with a Doctorate of Humane Letters from The Chicago School.  Tijerino lives in Washington, DC, with his family. 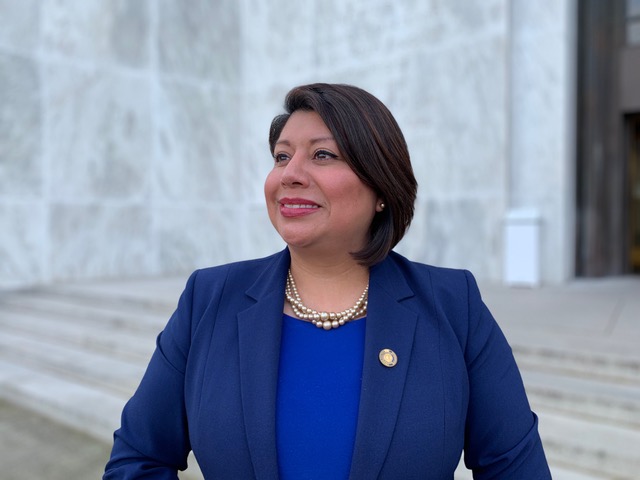 Representative Alonso Leon was first elected to the Oregon Legislature in November of 2016 and is currently serving her second term in the Oregon House of Representatives. The daughter of migrant farmworkers and an immigrant to the United States, Teresa grew up in House District 22, attending schools in Gervais and Woodburn. Due to the influence of dedicated educators and mentors.

Teresa became the first in her family to attend college, and now holds a Bachelor’s degree from Western Oregon University and a Master’s degree in Public Administration from Portland State University. Education was Teresa’s path to success, and as a legislator, she wants to increase educational opportunities and expand access for all Oregon students. 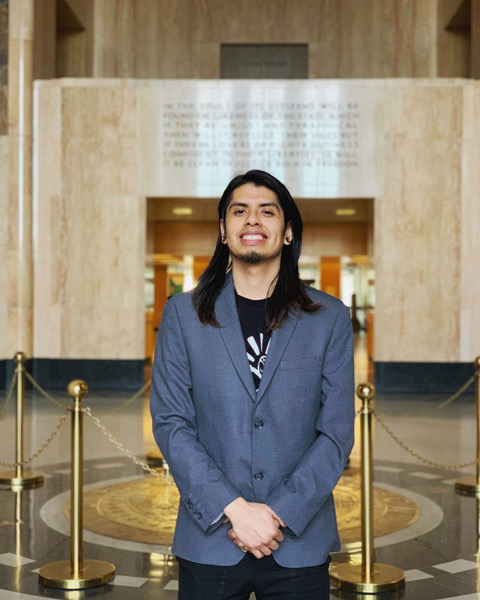 What is a celebration without a DJ? Omar Sandoval, DJ Sticky Soundwavves, will be playing the latest and not so latest Latin hits as we gather to celebrate the kick-off to Hispanic Heritage Month!

Rising out of Salem Oregon, Omar is a proud 1st generation born Latino. His family relocated from Oaxaca, Mexico to Oregon. Proud of his Indigenous Mixteco heritage, Omar is empowered by his family, culture, and community.

Omar’s background and skills in non-profit, small business, and Latinx community development come to fruition at PCUN as the Advocacy Organizer in the political department. He organizes and collaborates with the community to be more engaged in the legislative processes around issues that affect our Latinx and farmworker community. Currently, Omar is tackling a small business cohort project to empower local business leaders and organize them to be involved in the decision-making process that affects their local ecosystem involving small business and economic development.

Aside from working with PCUN, Omar has been operating his own businesses for the last few years, teaches digital music, sits on an Advisory Board in Salem, and is a small business advisor for Chemeketa Community College.